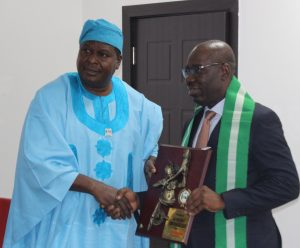 Edo state governor, Godwin Obaseki has promised to enrich the cultural content of National Festival of Arts and Culture (NAFEST) with robust presence of Benin royalty and culture never seen anywhere before now.

Speaking at a pre NAFEST 2019 engagement meeting with the Director-General of National Council for Arts and Culture (NCAC), Otunba Segun Runsewe at government house in Benin City on Thursday, governor Obaseki noted that Edo being the cultural nerve centre of Nigeria, will bring its rich cultural experience to emblish the growing influence of Nafest as the true face of Nigeria cultural festival, and unity adding that Edo state under his watch is honoured to fly the cultural flag of the nation at a time with this in the history of Nigeria. 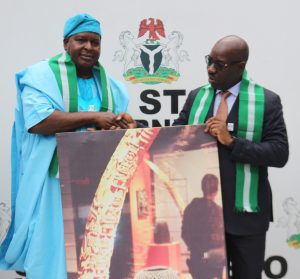 He commended NCAC Director General, Otunba Segun Runsewe for the very strategic uncommon turn around of the fortunes of the national festival into refreshing iconic gathering of the best of Nigeria culture less than two years in office, urging him to break more records. “ with what you have done with NAFEST, some of us are reassured that Nigeria can rebound in all aspects of our national life and we are proud to have you at the centre as key partner to take Nigeria out of the woods to the promised land”. Obaseki enthused. 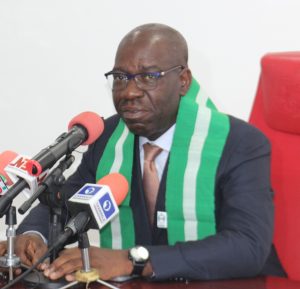 To drive the 2019 edition of the Festival slated for Edo state in October, Governor Obaseki immediately directed the state commissioner for Culture and Tourism, Osewingie Ero to put place a local organising committee to ensure stress free organization of the festival with detailed cost inputs forwarded to his office. 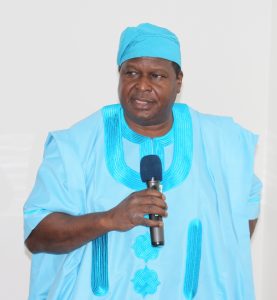 Addressing the governor earlier, Otunba Runsewe disclosed that he was in Benin to appreciate the governor for bidding and winning the hosting right for 2019 edition of NAFEST, promising to pay detailed attention to the full content of festival, not excluding it’s marketing and promotion.

He thumbed up the giant strides and initiatives of the governor for being the first in Nigeria to introduce cultural clubs in Edo public schools and also the introduction of culture/tourism desk at Benin Airport as a process of reviving and sustaining Edo culture in the minds of the people and Nigerians at large.

Otunba Runsewe revealed that a national organising committee for NAFEST 2019 in Edo would be announced soon to enable NCAC to showcase another record breaking outing in Benin possibly more than the last edition held in Rivers state last year. Notable intervention on content such as cultural golf competition, empowerment and skill acquisition, health outreach, children cultural dance and competition with a special outing with Edo State governor’s wife will brace the Edo October outing.

Group Photograph by the Officials of Edo SState Government and National Council for Arts and Culture recently during the courtesy visit paid on HE, Mr. Godwin Obaseki, Executive Governor of Edo State

NCAC ORGANISED AN EVENT TAGGED: BUILDING A CULTURE OF PEACE TOWARDS 2019 ELECTIONS…..PICTURAL NEWS.
OBA OF BENIN TO CELEBRATE ANNIVERSARY WITH NAFEST, OVERWHELMED BY RUNSEWE LOVE FOR CULTURE.