HUMAN TRAFFICKING, NOT OUR CULTURE- RUNSEWE 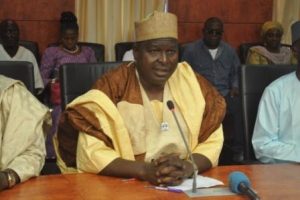 The Director General, National Council for Arts and Culture, Otunba Olusegun Runsewe has lent his voice to millions across Africa who have raised concerns about the shocking revelation of trafficking in persons presently going on in Libya.

In a statement issued in Abuja, Runsewe decried the latest development in Libya where Africans including Nigerians where practically being auctioned for as little as 400 American Dollars which was further verified by a CNN undercover report.

Joining millions from across the world in outrage, Runsewe said he was dismayed by the shocking revelation of slavery perpetrated by follow Africans on fellow Africans condemning it in totality.

He  emphasized that slavery in whatever form has no place in our collective existence in the modern era stressing that the practice is not in tandem with our culture especially the inhumane act of selling fellow humans for stipends.

Otunba Runsewe admonished all especially Nigerian youths that there was no need risking life to venture into other countries through unsafe means all in a bid to pursue non-existent greener pastures.

He reminded Nigerians that government remained committed to improving the living conditions of all Nigerians while doing all within its power to ensure the provision of amenities thereby forestalling the trend of youths undertaking risky journeys to other countries especially in Europe which according to him, does not usually translate to the anticipated prosperity.

Runsewe concluded by urging Nigerians to support the government in its bid to make lives better noting that there were indicators suggesting that the economy was improving.

“More importantly, let us endeavor to continually be our brother’s keeper as that is the true African culture and spirit which is always exemplified by love, generosity, peaceful co-existence and good neighborliness,” he added.