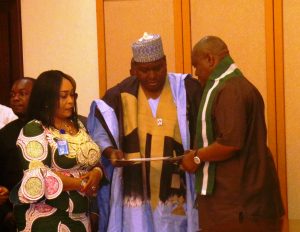 The Rivers State Executive Committee on the hosting of the National Festival for Arts and Culture(NAFEST) 2018 has released  modalities for the  NAFEST Mascot design Competition.  Tagged NAFEST Rivers 2018, the 31st edition of the festival is hosted by the Rivers State Government,  having been conferred with the hosting rights at the close of the 30th edition in Kaduna State last year.
A statement released by the office of the Chairman of the Committee , Mrs Tonye Briggs Oniyide says all artists are eligible to participate in the competition. The Statement, which was signed on her behalf by the Press Secretary, Ministry of Culture and Tourism Isabella Dennis Ibim,  also indicates that the Executive Committee decided to throw the Mascot design process to the public as part of measures to make the people own the festival scheduled for October,  2018 in Port Harcourt, the Rivers State Capital. 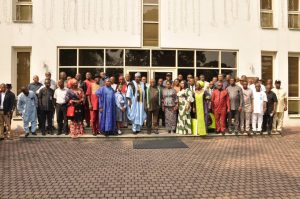 The Statement added that the competition will last for two weeks and that only the best five entries will be  rewarded.
The statement also assured that the process of selection of the eventual winners will be thorough and professional, while urging interested artists to approach the NAFEST secretariat or the Ministry of Culture and Tourism for full technical details of the competition.
NCAC STRENGTHENS CULTURAL TIES WITH SYRIA – PHOTO NEWS
Nigeria strengthens established Bilateral Cultural relationship with the Islamic Republic of Iran recently at the Iranian Embassy in Abuja. – PHOTO NEWS