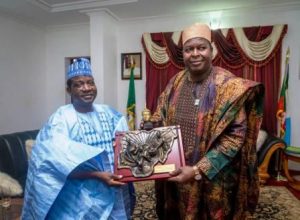 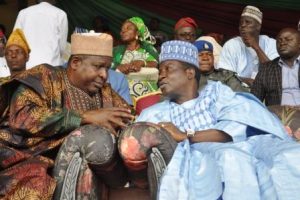 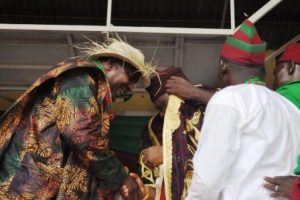 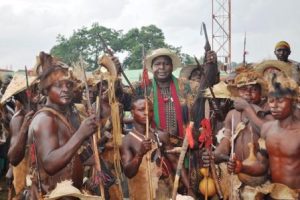 Director – General (NCAC), Otunba Olusegun Runsewe in the midst of Nzem Berom warriors at the event. 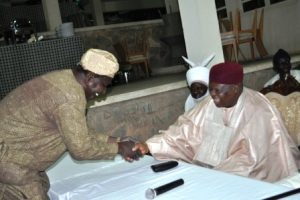 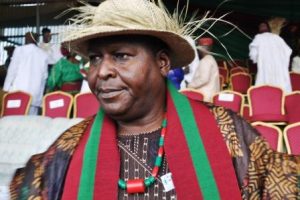 Building A Culture of Peace Towards 2019 Elections