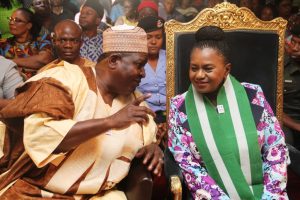 While declaring open the National technical committee meeting of the event, His Excellency, Barr.  Nyesom Ezenwo Wike ably represented by his deputy, Dame Mrs. Ipalibo Harry Banigo, promised to do everything humanly possible to make this year’s event an unforgettable experience in terms of packaging to meet international standards.

Hosting a delegation from the National Council for Arts and Culture, Mrs. Ipalibo stated that an event as important as NAFAST goes beyond celebration, in her words, “Culture is a veritable tool upon which the strength of any given community can be sold to the international community and, as such we are going to make this year’s NAFEST a festival with a positive differences”.

She warmly welcomed all the visitors and charged them to feel free and enjoy the goodies provided by the state government. 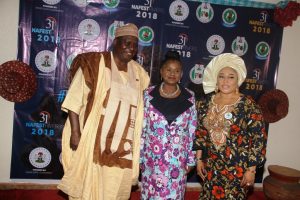 According to the deputy governor, one of the best places for night life, natural cuisine and peaceful atmosphere any time of the year is Rivers state adding that, “Rivers state has a very secure and safe atmosphere for all to work and relax without intimidation or harassment of any kind as against the negative impression the state has been subjected to by some fifth columnists.

She thanked the National Council for Arts and Culture for choosing the state above all other states that bided for the hosting promising that Rivers state government will not to take the gesture for granted..

On his part, the Director-General of NCAC, Otunba Olusegun Runsewe, who is also the President of the World Craft Center, African Region, thanked His Excellency, Nyesom Ezenmo Wike and the good people of Rivers state for accepting to host this year’s NAFEST slated to hold from  21st -27th October 2018.

The culture helmsman reiterated in his speech that one of the best ways for peaceful co-existence and unity in any given society is through their culture. According to Otunba Runsewe, “There cannot be a better time and way to celebrate ourselves in a positive light than this type of event.

Speaking further, Runsewe noted that as the custodian of culture in Nigeria, choosing Rivers state for such an important national event can only be seen as apt and timely.

He also assured the guests in advance that this year’s festival is going to witness free eye test, Waste to wealth, free skill acquisition among others. Runsewe added that for over thirty one states to be involved in this year’s forth coming NAFEST shows that the programme is already moving to the next level.

He was also of the opinion that Port Harcourt being a state symbolically referred to as Nigeria’s treasure base and home of culture and tourism, this year’s NAFAST can only be seen as a done deal and urged other state governors to emulate Governor Wike’s kind gestures. 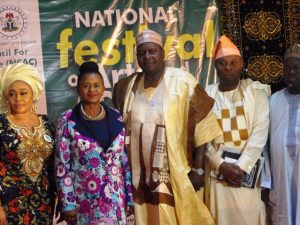