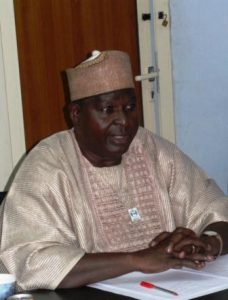 Otunba Olusegun Runsewe, OON, Director General, National Council for Arts and Culture addressing the To Be Ambassadors from the Initiative for Dialogue and Development during the courtesy visit on the Council. 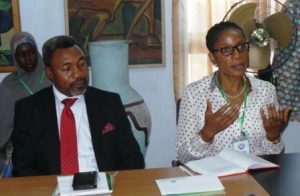 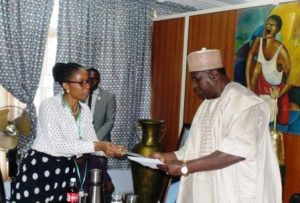 The Coordinator of Event Team presenting a letter of  invitation to the Director General, NCAC 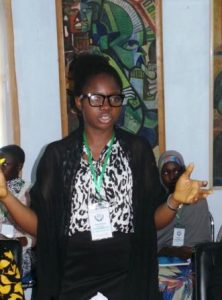 Miss Precious Chuckson, a poet and an artist asking questions during the visit. 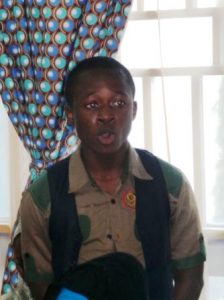 Daniel Akinyiwola saying the vote of thanks on behalf of IDD 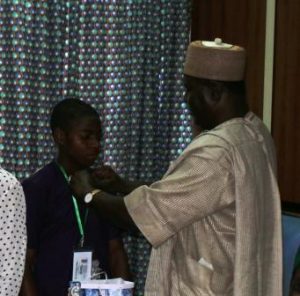 R – L: Otunba Runsewe decorating one of the To Be Ambassadors with the Council’s Pin Crest “OUR CULTURE OUR PRIDE” 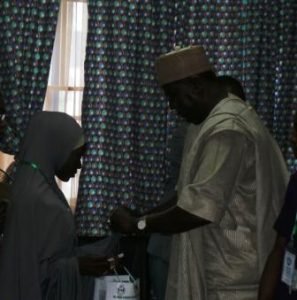 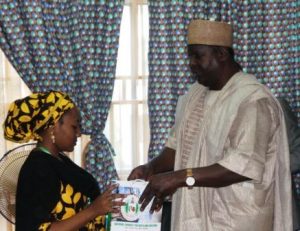 R – L: Otunba Runsewe presenting souvenir to another Ambasssador To Be. 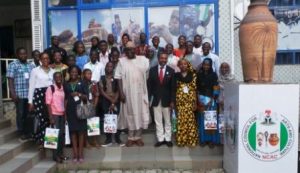